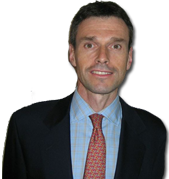 As 2013 comes to an end we can reflect on quite a year.  We have a new Pope, and, nearer home, a  new Archbishop of St Andrews & Edinburgh as well as several new Bishops in various dioceses across the United Kingdom.  All, it seems, is change.  Yet there are constants.  The pursuit of the Common Good in public life remains the core focus of the Catholic Union and in this regard it has been a busy year.  Much groundwork has begun in 2013 across the Committees and I would like to mention in particular, the newly-constituted Education Committee.  This Committee will be the vanguard of the Catholic Union Charitable Trust, organising seminars and lectures on Catholic education at all levels.  Stuart Sexton brings to the Chairman’s role a wealth of experience in both education and politics and will set the Committee on a good course.

The new charitable arm of the Catholic Union, the CUCT, will allow us to develop education based projects, whilst being an additional source of income within a charitable umbrella, which has not been possible up till now.  A new website for the CUCT is under construction and will link from the main Catholic Union website.

One major issue over the past year has been the Liverpool Care Pathway and its demise, following the recommendations contained in the Neuberger Report, published last summer.  Tony Cole, Philip Howard and others worked really hard to ensure that the full facts surrounding the LCP were available and understood.  It is, however crucially important that the LCP does not come back under another guise – such as presumed consent, or something similar.  The Catholic Union will continue to work with members in both Houses during the coming year to ensure that this can be avoided, as well as raising other issues of the day which affect our Catholic way of life.

Growing our membership base continues to be a priority.  Late in the autumn of 2013, we had an inaugural talk by Mike Henderson on the CU at the end of a lunchtime Mass at St Mary Moorfields in the City of London.  We hope to build on this in 2014, with more post Missam talks planned as well as the Summer Gathering at Ampleforth (25 – 27 July), together with a drinks reception for members and friends.

In his speech at the AGM, our President Lord Brennan encouraged us to undertake more activities, as well as producing more in the way of written materials.  We will be exploring this idea in greater detail over the coming months.  This combined with the work of the Outreach Committee in sourcing new donors for the work of the Catholic Union and the Catholic Union Charitable Trust, will enable us to develop a truly national reach, with an appropriate infrastructure and development plan over the next 5 to 10 years.

The Catholic Union has a great provenance and we have an opportunity to reinvigorate its activities.  It is because of you, our members, that we are able to move things forward and as always, I encourage you to get involved at whatever point you feel able.  We live in challenging times, but times that nevertheless present an opportunity to engage in the public square for the Common Good.

Finally may I take this opportunity to wish you and your families, a peaceful and prosperous New Year.

Happy #VolunteersWeek to all of our amazing volunteers! We know many of you can't volunteer right now but we're so grateful for everything you have done - and will do - for Pact. That's why we've recorded a special video message to say #ThankYouVolunteers
https://youtu.be/WAop9OCQ2-I

Alleluia! The Spirit of the Lord has filled the whole world. Come, let us adore him, alleluia.

This week's announcements by the PM that some indoor sales premises can open Monday and most shops on 15 June, questions directly the reasons why our churches remain closed. It is now time to move to the phased opening of our churches.

James Somerville-Meikle of @CatholicUnionGB explains why it’s time to take the first steps in allowing people back to church. https://www.thetablet.co.uk/blogs/1/1463/-it-s-time-to-open-our-churches-again- #Covid_19 #CatholicNews

In this morning's Catholic must-reads: Twenty MPs have called on the British government to allow churches to re-open. http://ow.ly/SCzW50zR8fz