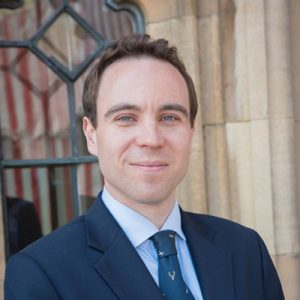 When will it end?

People have been asking this question for weeks now. When will schools re-open, when will people return to work, when will public transport resume anything like a normal timetable?

Just as important to many of the 4.5 million Catholics in this country is the question about when churches will open again.

We should get a better understanding of the Government’s thinking about easing or “modifying” the lockdown in the next few days. Ministers have been considering plans this week with a view to the Prime Minister making a public statement on Sunday.

The debate about ending the lockdown has perhaps unfairly been characterised as public health versus the health of the economy. The popular view is that the state of the economy will determine what happens next. “It’s the economy, stupid” as Bill Clinton’s famous phrase put it.

There are clearly those who want to see businesses quickly return to some degree of normality (at least a new normal), whilst others are more sceptical about any easing of restrictions when a vaccine is still yet to be developed and testing capacity needs to be increased further for an effective test, track, and trace strategy.

Economic factors are clearly important in this debate. Lockdown restrictions are inflicting hardship on millions of people and businesses across the country. Unemployment is the cause of so many problems – not least depriving people of the dignity found in work. This is something on which Catholic Social Teaching has a great deal to say.

But economic arguments are far from the only factor the Government needs to balance with public safety as it looks for a way out of lockdown.

This week marks the 75th anniversary of VE Day. Church bells rang out across the country and services of thanks were given on that day in 1945. Church leaders are helping to mark the anniversary, including a special service live streamed from Westminster Cathedral.

Churches continue to be at the heart of national life. Church groups have been helping to lead the volunteer response to this crisis and providing support to the most vulnerable in society. From helping in food banks, delivering food and meals to people self-isolating, to providing a listening ear to the elderly and lonely. This crisis has shown the importance of volunteer groups, and the Catholic Union has been working to get greater support and recognition for the voluntary sector.

The Catholic Bishops have so far shown excellent leadership during this crisis. Allowing priests to live stream masses from their churches has been a great comfort to the faithful. And it’s encouraging to see the work being done by the Bishops around social distancing in churches, which should allow them to open again soon.

The Bishops will put a strong case to the Government about how churches can re-open, but we will also need strong arguments for why this should be the case. Encouraging the Government to adopt an approach based on the nation’s wellbeing, not just wealth, will be essential.

The Government says it takes the interests of faith groups seriously and values their contribution to society. That’s about to be put to the test.

Retweet on TwitterThe Catholic Union of Great Britain Retweeted
27 May

In this morning's Catholic must-reads: Twenty MPs have called on the British government to allow churches to re-open. http://ow.ly/SCzW50zR8fz

It's time to open our churches again! Our President @EdwardLeighMP has written to Communities Secretary @RobertJenrick calling for churches to be allowed to open for private prayer from next month. https://bit.ly/3grhW2Q

Should churches be allowed to open for private prayer...?This and many other topics in our News from Parliament newsletter this week, available here https://bit.ly/3egbNEZ

#NationalThankATeacherDay #ThankATeacherDay
'A good teacher is like a candle - it consumes itself to light the way for others' - Pope Francis. We thank teachers for their tremendously hard work and dedication, especially during this time.