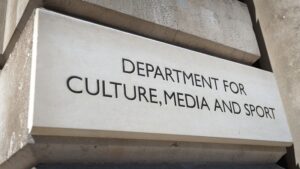 The Catholic Union arranged a meeting with Charities Minister, Baroness Barran, to call for extra support for charities during the coronavirus pandemic.

Catholic Union Director, Nigel Parker, and Head of Public Affairs, James Somerville-Meikle, were joined by representatives of the Caritas Social Action Network and Catholic Bishops’ Conference of England and Wales for a virtual meeting on 29 October.

The meeting followed a joint call from the three Catholic organisations earlier in the year for the Government to introduce an enhanced Gift Aid scheme to support charities during coronavirus.

Many Catholic parishes and charities have reported a significant drop in income since the pandemic began, while at the same time having to cope with increased demand for their services.

The Minister acknowledged the “human toll” of the pandemic and expressed appreciation for the work of Catholic groups in helping some of the most vulnerable people in society.

While the Minister said that changes to the current Gift Aid scheme were “extremely unlikely” as it would require primarily legislation, she stressed that the Government was continuing to look at ways of improving how it works with charities to deliver services and had provided a £750 million package of support to help charities.

Catholic Union Head of Public Affairs, James Somerville-Meikle, comments: “Catholic parishes and charities are finding new and innovative ways of meeting the needs of people in our communities during this difficult time. Lunch clubs have turned into hot meal deliveries, and kid’s clubs have moved online. Our request is that the hard work and generosity of volunteers is matched by support from the Government.

“I’m pleased the Minister recognised the work being done by Catholic groups during this pandemic. In many cases, it is faith groups and charities who remain on the frontline in helping some of the poorest and most vulnerable people in society – people who Government services often struggle to reach.

“The Catholic Union will continue to call for a fair deal for charities to help our voluntary sector get through this difficult time. We need warm words from the Government to be backed up by action.”