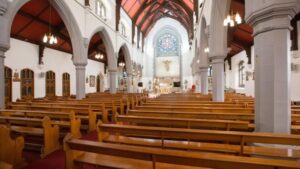 The Catholic Union has called on the Scottish Government to publish evidence for its decision to close places of worship again.

In a letter to Scotland’s First Minister, Nicola Sturgeon MSP, the Catholic Union said it was extremely concerned about the decision to close churches for private prayer and worship as part of new lockdown measures in Scotland.

In November last year, the Chief Medical Officer for England, Professor Chris Whitty, said there was no evidence of places of worship contributing to the spread of the virus.

The letter from Catholic Union President, Sir Edward Leigh MP, calls for any evidence of churches contributing to the spread of the virus in Scotland to be presented to the Scottish Parliament.

The decision by the Scottish Government is in contrast to the new lockdown measures in England, which will see churches allowed to remain open for private prayer and worship. A letter signed by a cross-party group of MPs and peers called on the Prime Minister to never again stop people from attending religious services.

Catholic Union Head of Public Affairs, James Somerville-Meikle comments: “News of another national lockdown has made these darkest of winter days even darker. This pandemic is continuing to put a huge strain on people’s health, family budgets and relationships.

“There is some comfort for people of faith in knowing that socially distanced religious services can continue in England. We are grateful to the Government for listening to people’s concerns about previous church closures and giving this clear exemption for places of worship to remain open. There is much to pray for at this difficult time.

“However, the announcement is tinged with sadness that not all parts of UK have recognised the importance of keeping places of worship open. It is extremely regrettable that the Scottish Government has once again moved to close all churches in Scotland.

“Suspending people’s right to worship in accordance with their beliefs should not be done lightly. It’s vital that evidence is presented to the Scottish Parliament for this decision. Banning religious services must not become an acceptable course of action for any government.”

Read the letter from Sir Edward Leigh here: Letter to the First Minister 04.01.21

Read the response from the Scottish Cabinet Secretary for Communities and Local
Government here: Letter from Aileen Campbell MSP