BBC Watch: Catholics on Thought for the Day

Posted on February 3, 2021 | By James Somerville-Meikle 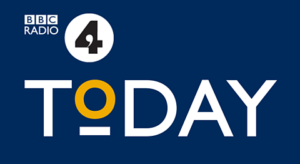 Seven Catholic commentators appeared on BBC Radio 4’s Thought for the Day in 2020.

Research from the Catholic Union has found that out of 312 episodes of the regular Today programme slot last year – Catholics featured 35 times, representing just over 11 per cent of contributions.

Thought for the Day is a daily slot on the Today programme offering “reflections from a faith perspective on issues and people in the news.”

A total of 52 contributors took part in the programme in 2020, representing all main faith groups. The Church of England had the greatest number of contributors, with 27 Anglicans taking part and featuring in 186 episodes of the programme.

Our latest Weekly Briefing looks at how the Chancellor could use his Budget next week to support families, along with a round up of Catholic news and events. If you're not yet subscribed, you can read & subscribe online here 👇 https://catholicunion.org.uk/weekly-briefings/

I agree with James...

"Opening churches in Scotland the day after Easter Sunday would be staggeringly insensitive.' - @JSMeikle

Wonderful exchange in @HouseofCommons yesterday about #AmpleforthCollege. Pressure growing on @GavinWilliamson to help save the school 👇👇👇

Faith schools are an important part of our education system. @AmpleforthColl has had past problems which are now behind it, but I believe some people in the educational system are using recent relatively minor issues as a pretext to close the school.

Two Ampleforth College pupils have petitioned Boris Johnson to save the North Yorkshire public school from closure after they withdrew their legal appeal to aban on admitting new students
https://www.yorkshirepost.co.uk/education/ampleforth-college-sixth-formers-hand-letter-to-save-north-yorkshire-public-school-from-closure-to-government-after-legal-appeal-is-withdrawn-3147343

Our Head of Public Affairs @JSMeikle calls on the Chancellor @RishiSunak to use his #Budget2021 to support families with a fairer tax system and more support targeted at children. Read his piece on @ConHome here: https://bit.ly/2ZQJdEU