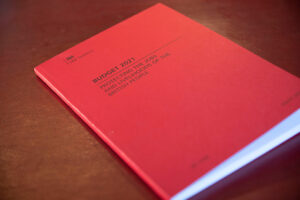 Following the Chancellor’s Budget statement on 3 March, the Catholic Union has issued the statement below.

Catholic Union Director, Nigel Parker, comments: “The Budget has painted a picture of a country significantly worse off than a year ago. There will need to be tough decisions in the years ahead. Those on the margins of society should be the first to be helped and the last to be affected by efforts to balance the books.

“It’s right that the Chancellor does everything possible to avoid unemployment. But in order for people to find dignity in work, there needs to be focus on good jobs with fair pay. The increase in the national living wage and more incentives for apprenticeships is a step in the right direction, but it’s disappointing that the Chancellor said nothing about our health and social care workers.

“Extending the uplift in Universal Credit and tax credits is welcome news. But ending this at the same time as the furlough scheme and self-employed support comes to an end, risks creating a poverty cliff edge for families across the country.

“The Chancellor has also missed the opportunity to set out his vision for supporting families in the wake of the pandemic. Freezing personal allowances, while making no commitment on child benefits or the continued unfairness of the two-child cap on Universal Credit and tax credits, risks forcing more children into poverty.

“Extra support for those who are homeless and victims of domestic abuse is welcome, but the decision to press ahead with cuts to our foreign aid budget is regrettable. Britain can and should be a force for good in the world, which means leading by example and not turning our back on some of the poorest people in the world when they most need support.”