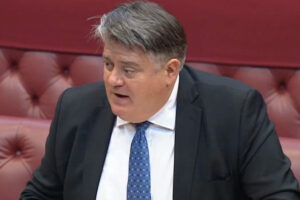 The Catholic Union has called on the Government to unlock the potential of faith groups in helping to tackle local problems.

In a letter to the Faiths Minister, Lord Greenhalgh, the Catholic Union has called for better guidance from the Government to encourage local authorities to work with faith groups at the ground level. The Catholic Union believes that “some small changes to existing guidance” could make a big difference in supporting the work of faith groups.

The Catholic Union has called for civil society to be at the heart of plans for recovery from the pandemic, and expressed concern that there was no mention of faith or family in the Queen’s Speech on 11 May, which set out the Government’s plans for the year ahead.

The Catholic Union expressed disappointed that there was no mention of faith groups in guidance to local authorities on the Covid Winter Grant Scheme, which was launched by the Government last year to support vulnerable households.

The Catholic Union has said that grants and other sources of funding should be more accessible to faith groups to support the work they are doing in their communities. It has urged the Government to make sure that future funds, such as the UK Shared Prosperity Fund, encourage local authorities to work with local faith groups wherever possible.

Catholic Union Head of Public Affairs, James Somerville-Meikle, comments: “The pandemic has shown the importance of churches and charities to the communities they serve. In many cases, churches are able to reach people on the margins of society – people that government services overlook or cannot reach.

“But this has also been a tough year financially for many churches and charities. That’s why we’re calling on the Government to put efforts to support civil society at the heart of their plans for recovery. This should include better guidance on how existing funds are used by local councils so that churches and charities can access funding to support their work.

“While in some places, partnering with faith groups is already happening successfully, there is more the Government could do to unlock the potential of faith groups to address local problems. Encouraging local authorities to explore options for working with faith groups would help to provide reassurance to some local councils. Now is the moment to help civil society flourish.”

Lord Greenhalgh responded to our letter to say that “Officials will also continue to explore how to build on the way faith groups have partnered with local and national government throughout the pandemic.”