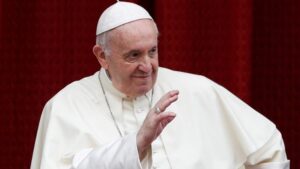 While the past few days have rightly been dominated by the situation in Afghanistan, the week began with confirmation that Pope Francis will be attending the COP26 conference in Glasgow this November.

The announcement was tinged with disappointment, however, as the Holy Father will not be celebrating a public Mass as part of his one-day visit to Scotland.

Pope Francis will attend a meeting of the Bishops’ Conference of Scotland during the trip, but a spokesman for the Catholic Bishops said that “time constraints” would mean it would not be possible for a public Mass to be celebrated as part of Francis’s first visit to the UK as Pope.

Given that he underwent colon surgery last month, perhaps it’s a blessing that he is able to attend the conference at all. Let’s pray that the Holy Father’s visit is indeed able to go ahead so he can continue the leadership he has shown on climate change.