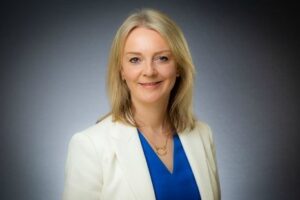 The Catholic Union has called on Foreign Secretary, Liz Truss, to implement the recommendations of the Bishop of Truro’s report into Christian persecution.

Implementing the 22 recommendations of the report is a manifesto commitment for the Government and something that Prime Minister, Boris Johnson, has given a personal assurance will be delivered in this Parliament.

The report was commissioned by Jeremy Hunt, when he was Foreign Secretary, and found that 250 million Christians around the world face persecution because of their faith.

While some of the recommendations in the report have been implemented, a number remain outstanding, and it’s clear that Christian persecution remains a very real problem in countries around the world.

This was something raised with Liz Truss by our Head of Public Affairs, James Somerville-Meikle, at the Conservative Party Conference last month. The Foreign Secretary described religious freedom at Conference as a “core freedom” and committed to meet the Catholic Union to discuss it.

The letter from the Catholic Union came ahead of Red Wednesday, the annual day organised by Aid to the Church in Need to highlight Christian persecution and the need for religious freedom.