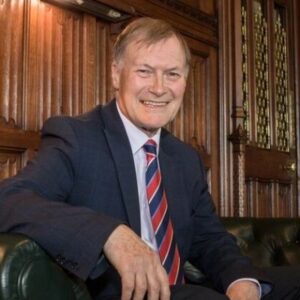 The Catholic Union has welcomed new guidance for police officers which recognises the importance of allowing victims of crime to have access to priests and family members.

The new guidance from the College of Policing recognises the importance of priests being able to administer the Last Rites to people at crimes scenes in cases of serious injury or death.

The changes to the guidance are the result of a joint group set up by Cardinal Vincent Nichols and the Metropolitan Police following the tragic death of Sir David Amess last year, when Sir David’s priest was denied access to the crime scene by police officers.

While the decision to allow third party access to a scene “remains an operational decision”, the new guidance recognises that the Last Rites and other religious needs are “extremely important” for the victim and their family.

Following the death of Sir David Amess, the Catholic Union worked with a cross party group of peers to raise concerns in Parliament that Sir David had been denied the Last Rites on the day he died.

The Catholic Union joined Baroness Stowell of Beeston and Baroness Masham of Ilton in a meeting with the Home Office Minister, Baroness Williams, in which she acknowledged that that something needed to be done to facilitate everyone being able to receive the Last Rites.

The Catholic Union welcomed the new guidance, but also highlighted that priests were continuing to face problems administering the sacraments to people in hospitals and care homes and said a change of culture across public services was needed to address this.

Nigel Parker, Director of the Catholic Union, comments: “This is really encouraging news. For the first time, we have official guidance from the police that recognises the importance of priests and the sacrament of the Last Rites. We are extremely grateful to everyone involved in the working group for producing such a clear and sensible set of guidance notes.

“Thank you to Catholic Union Vice President, Mike Kane MP, whose extremely moving speech after the death of Sir David Amess highlighted the importance of the Last Rites to Catholics. Thanks also to many other parliamentarians, including Baroness Stowell and Baroness Masham, who did so much to raise this matter in Parliament.

“We were all deeply shocked by the news of Sir David’s murder. He was a friend to the Catholic Union and a supporter of many of our campaigns. This new guidance should prevent people at crime scenes being denied access to the Last Rites in future. However, there is still work to do to make sure people working in public services have a better understanding of the importance of faith to those who believe. The Catholic Union will continue to campaign for the culture change we need to bring that about.”