“Freedom of expression for believers is under threat” warns Catholic Union 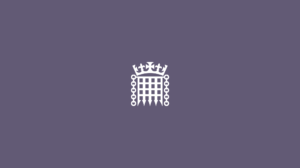 The Catholic Union has warned that freedom of expression is under threat from an increasing failure to accept the legitimacy of different views in society.

It follows the Catholic Union submitting evidence to the UK Parliament’s Joint Committee on Human Rights (JCHR) on a wide range of matters concerning freedom of expression.

The JCHR is conducting an inquiry into freedom of expression, which includes possible changes to hate speech law, behaviour on social media, and the use of Public Space Protection Orders.

The Catholic Union has used this opportunity to state that freedom of expression should include the expression of views based on or inspired by the teachings of the Catholic faith.

In evidence to the JCHR, the Catholic Union cautioned against making changes to hate speech law that risk coercing people into views on what should be matters of conscience. It also warned that there is already a difference in practice in applying freedom of expression in relation to issues of religious belief when compared to other protected characteristics under the Equality Act.

On social media policy, the Catholic Union said it was concerned that legitimate expressions of traditional views on issues such as marriage are too casually regarded as discriminatory and so treated as contrary to an employer’s policy or harmful to an employer’s reputation.

The Catholic Union also called for the legislation on Public Space Protection Orders to be amended to prevent the law being used to stifle legitimate freedom of expression. It described the use of PSPOs to ban peaceful pro-life vigils outside abortion facilities as “an attempt to use the criminal law to advance certain controversial and contested policy preferences.”

“This inquiry relates to similar work being carried out by the Law Commission and legislation being considered by the Scottish Parliament on hate speech. In addition to the Online Harms Bill, expected later this year on social media regulation, it’s clear that there is intense scrutiny about what constitutes legitimate expression in society today. Freedom of expression for believers is under threat.

“The Catholic Union will continue to make the case for freedom of conscience and expression, including the expression of views based on our faith. This is not just for the benefit of Catholics in this country. If expression of legitimate views and opinions are stifled, it will be to the detriment of everyone in society.”

View submission here: Evidence from the Catholic Union to the JCHR inquiry into Freedom of Expression