More support needed for our army of volunteers UPDATED 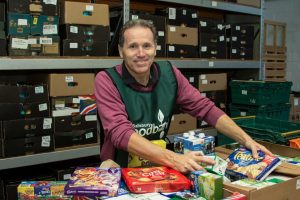 The Catholic Union has called for greater support for volunteers during the coronavirus.

In a letter to the Communities Secretary, Robert Jenrick MP, the Catholic Union warned that the country’s army of volunteers is being overlooked in the Government’s response to the virus.

The Government has introduced measures to support businesses and charities during this crisis, including a £750 million package of support for frontline charities. But the Catholic Union has said that action is needed to support people who are volunteering.

The Catholic Union has set out several measures it wants the Government to back. These include expanding the list of ‘key workers’ to include certain volunteers, streamlining DBS checks, and commissioning guidance from Public Health England on the use of personal protective equipment (PPE) for volunteers.

Research by the Catholic Union has shown the importance of volunteers during the coronavirus, particularly in supporting the homeless, refugees, and people suffering from domestic abuse.

Catholic Union Head of Public Affairs, James Somerville-Meikle, commented: “Millions of people across the country are experiencing hardship during this crisis. Volunteers are crucial in getting support to some of the most vulnerable people in society – often people that Government services struggle to reach. It’s vital that the Government does everything it can to make life easier and safer for frontline volunteers at this time. Financial support for charities is welcome, but the Government needs to think more carefully about how it can support the people involved in the voluntary sector, not just the organisations. The Catholic Union is ready to work with the Government, and all politicians, to unlock the full potential of our voluntary sector. It’s time our army of volunteers received the recognition and support they deserve.”

Our letter to the Communities Secretary can be found here: Letter to Robert Jenrick MP 23.04.20

We received a response from the Department for Digital, Culture, Media and Sport on 15 July 2020. The letter states: ” I would first like to express how much the government appreciates the numerous volunteers of The Catholic Union working hard across the UK to ensure the continued support of some of the most vulnerable in society, especially during the current emergency.” Full response can be read below.