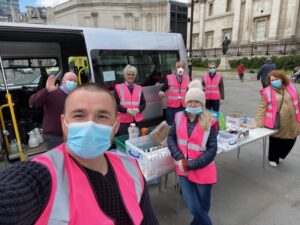 The Catholic Union has warned that the two-child cap on the childcare element of Universal Credit and Tax Credits is contributing to food poverty.

In a letter to food charity, Fair Share, the Catholic Union has called for a focus on addressing the underlying causes of poverty and inconsistencies in support offered to people out of work or on low wages.

Fair Share is one of the groups behind the new Child Food Poverty Taskforce.

Whilst the Task Force is primarily focused on getting food to children in poverty and advocating the recommendations of the National Food Strategy, the Catholic Union has highlighted problems caused by the “family tax”.

The policy, introduced in 2017, limits the childcare element of Universal Credit and Tax Credits to two children per household. The move was widely criticised by faith groups and child poverty campaigners at the time, on the grounds that it discriminates against larger families.

The Catholic Union is committed to seeing the policy reversed.